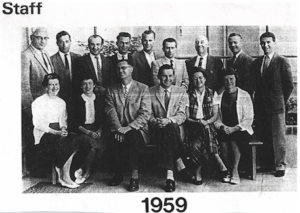 The Garibaldi School Community has a rich and diverse history.

Our school is located on the shared traditional and unceded territories of Katzie First Nation and Kwantlen First Nation. Our immediate catchment included a cemetery with graves connected to First Nations, traditional Kanaka, and early east Maple Ridge pioneers.

Garibaldi Secondary was named for the Garibaldi Park which included Mount Garibaldi, a part of which is now Golden Ears Provincial Park.

Mount Garibaldi was named in 1860, by HMS Plumper, Captain George Henry Richards. Captain Richards, and his officers, named the mountain after the Italian military and political leader Giuseppe Garibaldi, who that year had succeeded in unifying Italy by patriating Sicily and Naples. Garibaldi never came to Canada.

East Maple Ridge is broken in to many communities, often named for pioneer families or First Nations communities. The communities of East Haney, Ruskin, Whonnock, Webster’s Corners, Thornhill, and Allco each have a unique story. These stories included significant influences from Polynesian, Chinese, Japanese, Finnish, British and Dutch settlers. The Maple Ridge Museum supports outstanding resources about these community and their unique cultural history. Please enjoy their website at: https://mapleridgemuseum.org

Some of the early Maple Ridge farms and homesteads are still visible and separate from the urban growth that occupies much of our growing community. Information on these homes is hosted in the Maple Ridge Community Heritage Inventroy: https://www.mapleridge.ca/DocumentCenter/View/20422/Heritage-Resources-of-Maple-Ridge-2018

Our school opened as a Jr. High in 1959. The first principal was Mr. Eric Langton, a Maple Ridge born and raised, UBC trained physicist. School District 42 named an Elementary school after Mr. Langton.

In 1965 GSS had its first graduating class of 12 Students. Since 1965 our school size has reflected the growth in our community, peaking over 1300 students. Today, we are in a time of renewed growth, despite the addition of our neighbouring school Samuel Robertson Technical. Our school population included a diverse student population including international students from many countries.

Congratulations Grads you are done. You made it. E

Thank you leadership for a great waterpalooza. Wat

Pride Day at GSS. Thank you to all that showed the

This year our classes created gifts for Williams L

Pride week is coming up. Let’s show support to o

Pride art celebration!! Create art in any medium u

Evidence keeps coming in. Let’s get back to it.

Thank you Chef Lens for stopping by before you mov

Foods 9/10 creating and decorating their own cakes

The evidence continues to come in. The ripped up n

Our primary purpose is to enable all our students to develop their individual potentials and to acquire the knowledge, skills and attitudes needed to become self-reliant, self-disciplined, socially and environmentally responsible participants in a democratic global society.